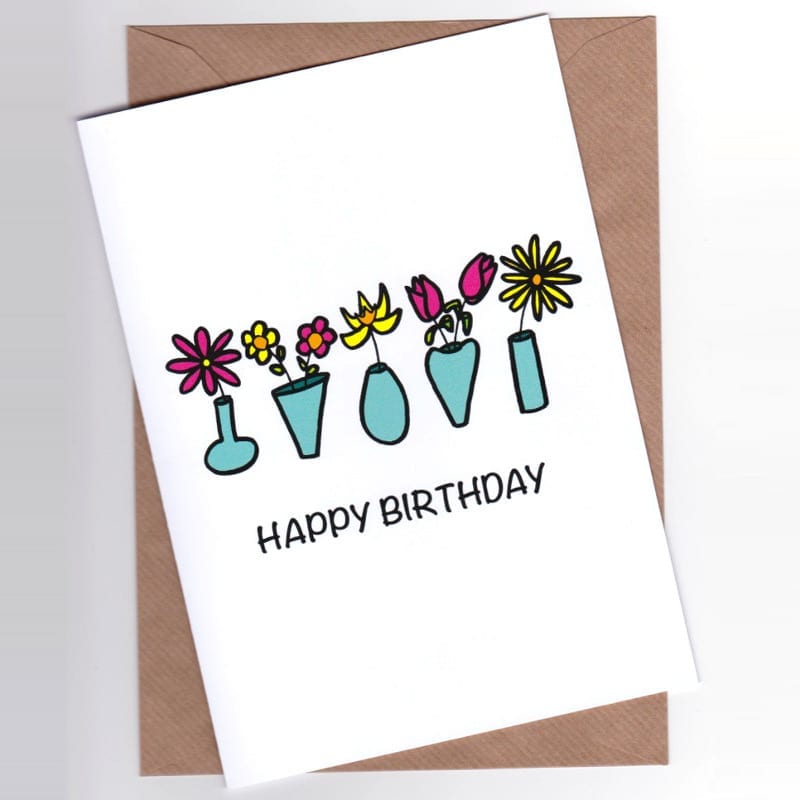 Some interesting facts about greeting cards… Did you know that in the UK we spend an estimated £1 billion on greeting cards annually? The average person apparently sends around 55 cards per year. I know quite a few people don’t send any, so some people out there must be sending huge numbers of cards to get that average up so high! In the US they buy around 6.5 billion greeting cards per year, amounting to about $7 billion.

The highest number of greeting cards sent to one person is the 350 million or so cards sent to Craig Shergold. Craig was diagnosed with brain cancer at age nine. His friends and family started a chain letter campaign asking people to send greeting cards to him to earn him a place in the Guinness Book of World Records. The previous record was for 1,000,065 cards received so the campaign was hugely successful. His name was added to the book in 1991 for getting 16,250,692 get well cards and then again in 1992 when the figure rose to 33 million cards.

Sending greeting cards can be traced back to very early history. The ancient Chinese swapped messages of goodwill to celebrate the new year, and the early Egyptians sent greetings on papyrus scrolls. New year greetings were printed from woodcuts by the Germans in the 1400s. In the early fifteenth century Europeans were giving and receiving handmade paper greeting cards. The oldest Valentine card still in existence dates from the 1400s and is in the British Museum in London.

These early greeting cards were quite expensive handmade affairs considered as gifts to be hand delivered. By the 1850s sending greeting cards became much more popular and affordable though. Printing technology was a big part of this, and also the postage stamp was introduced, reducing postage costs. The first Christmas card was published in 1843. The artist John Walcott Horsley was hired by Sir Henry Cole (chief organizer of the Great Exhibition, pioneer of the penny post and founder of the V&A Museum) to design a card to be sent to friends and other people he knew during the holidays. One of the early Christmas cards he sent to his grandmother was auctioned recently at £22,500!

In the 1860s  greeting cards began to be mass produced, and in 1930 colour lithography further advanced the industry.

Nowadays the greeting card industry is linked to the jobs of 100,000 people in the UK. This includes artists, photographers and image suppliers, verse and prose writers, publishers, printers, paper and board companies, envelope and cello bag suppliers, specialist finishes, warehouses and distribution companies, trade fair organisers and retailers. More types of outlets stock greeting cards than any other product and one in six retailers stock greeting cards. It’s also estimated that £50 million is raised for good causes per year through selling charity Christmas cards.
I must admit I stopped sending bulk Christmas cards a few years ago. This was partly due to hating to feel obligated do something without necessarily wanting to (or maybe I’m just lazy) and partly because I dislike waste.

I do still like to give cards to make people feel special though (as opposed to just ticking them off a list). And although I’m generally not a hoarder I have kept a lot of cards that have been given to me and that mean something special to me. This will either be because of the person who gave them to me or because the message on or in the card really struck a chord. I don’t believe in sending greeting cards for the sake of it, but I do love receiving cards as well as giving them to someone special to make them feel good 🙂

(These interesting facts about greeting cards were gathered from Wikipedia and the Greeting Card Association.)