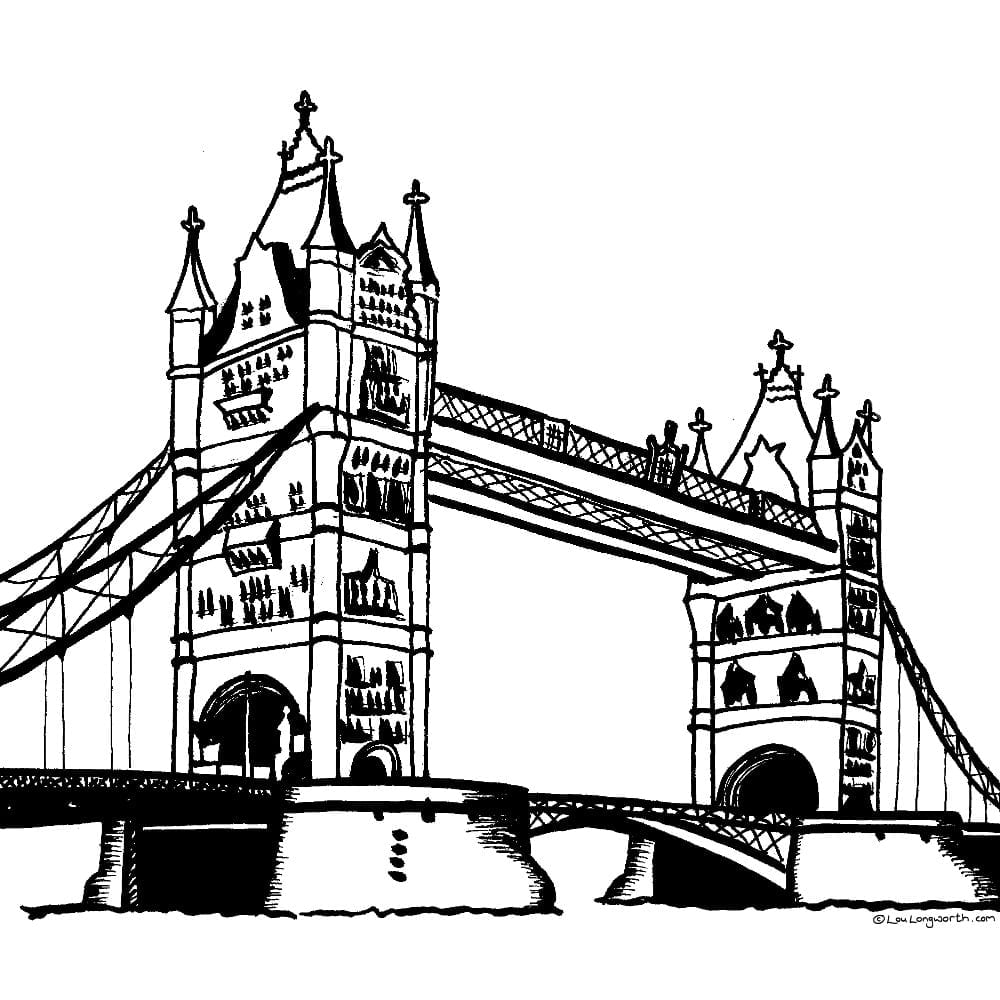 Today I was working on a Tower Bridge drawing and it got me thinking about when I first saw it. For those of you who don’t know, I wasn’t born in the UK. I grew up in South Africa but moved to London about 20 years ago (yep, I’m that old!) The UK felt like home almost as soon as I arrived though and I love it here.

In the early days, when I was still in the sightseeing phase, I remember Tower Bridge completely amazing me. I couldn’t believe how beautiful it was, especially when lit up at night. I still love it to this day, despite having seen it at least a zillion times, and it’s remained my favourite landmark 🙂

Doing a sketch of Tower Bridge was a bit more of a challenge than I expected… there’s so much detail that it’s difficult to decide what to leave out and what to include. I tried to keep it simple in the end, though it has more detail than I first intended. I also tried adding some colour. First some blue for the sky and Thames, then some pink on the Tower itself, then both combined – I think I still like the black and white Tower Bridge drawing the most though. What do you think?

I’ve also been working on drawing some other London landmarks, which I’ll share in a later blog post. I plan to use them to make a London greeting card and art print which I’ll sell in my Etsy shop.

I will  then also start working on some of the other cities that I’ve been to – Edinburgh, Paris, Rome and New York are the ones that immediately spring to mind. Hopefully I’ll keep adding to these as I travel to more places – I have plans to visit Tokyo in the next couple of years if I can save up enough! 🙂