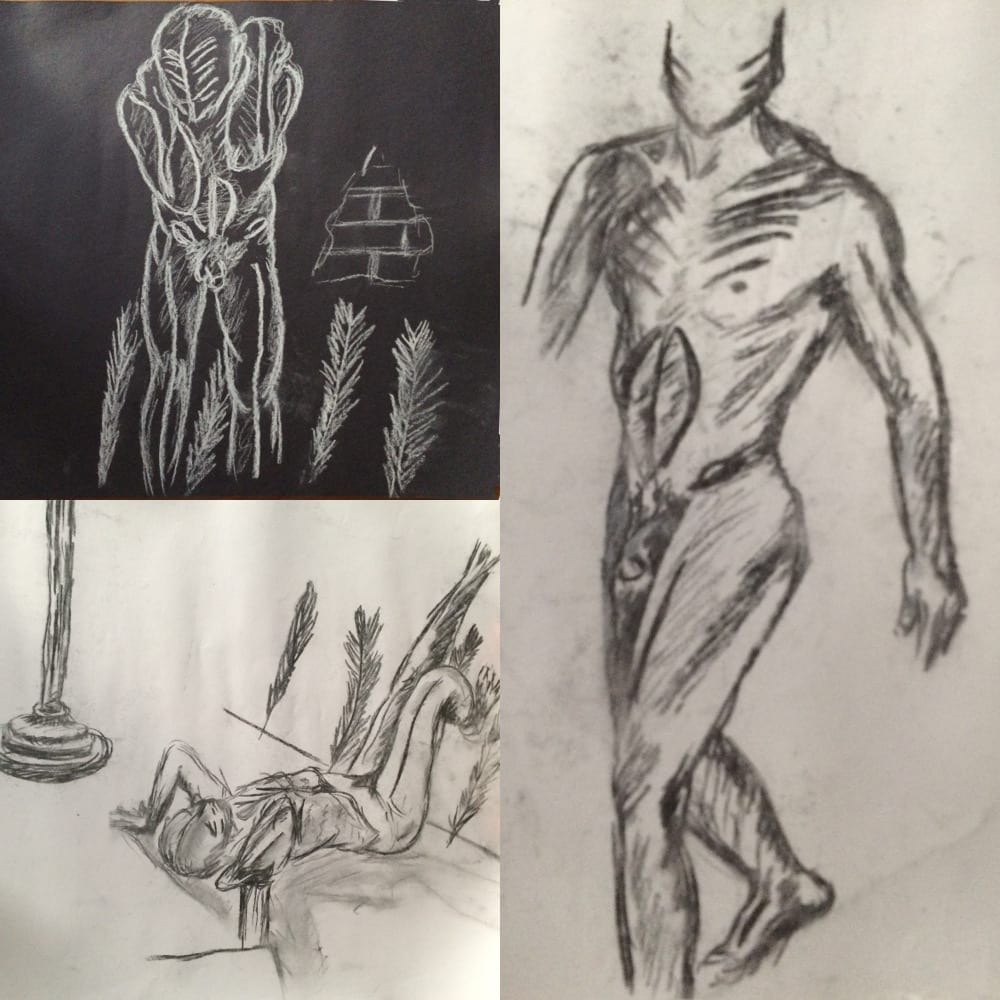 Last night I went to an event that was part life drawing, part Shibari performance. I hadn’t drawn real people for a long time (just stick figures) and was quite nervous in case I was truly awful! Here’s what happened…
The event took place at the The Crypt Gallery, St Pancras Parish Church, which was an amazing venue – really atmospheric. Because of the size of the group, we were pretty much split in half to draw in two different spaces. I started with the Shibari performance.

It took me quite a while before I realised I was already supposed to be drawing – I had ignorantly assumed that the guy doing the tying was getting the model into a pose which we would then have time to draw, but it was just an ongoing moving performance. I must admit I panicked as the model was never in the same position for more than a minute, and a lot of the time was spinning around in any case. Having never even done any static life drawing before, drawing a moving model seemed impossible!

Anyway I started having a go and these are some of the sketches I did. In the beginning when I was panicking I just drew some of the ropes and chains so that I could put my charcoal onto the paper!  There wasn’t time to do any shading or finish anything, so they’re very simple. I used charcoal on the white paper and chalk on the black paper.

I wasn’t terribly impressed with what I’d done, especially when I saw some of the amazing art some of the others there came up with (how on earth did they do that?!) It was still an intriguing experience though, and watching the performance was worth it in any case.

For the second session I moved to the other room where the model held three different poses during the time I was drawing. He had markings painted onto his body which were interesting and gave the whole set a primitive kind of feeling. The area was lit mostly by candlelight which also made for some very unusual shadow effects. I thoroughly enjoyed this session and would definitely do it again. My three main efforts are shown here – some poses were much more difficult to capture than others!

Want to have a go too?

If anyone is interested in attending a similar session, it was held by London Drawing – definitely worth it if you can get there!