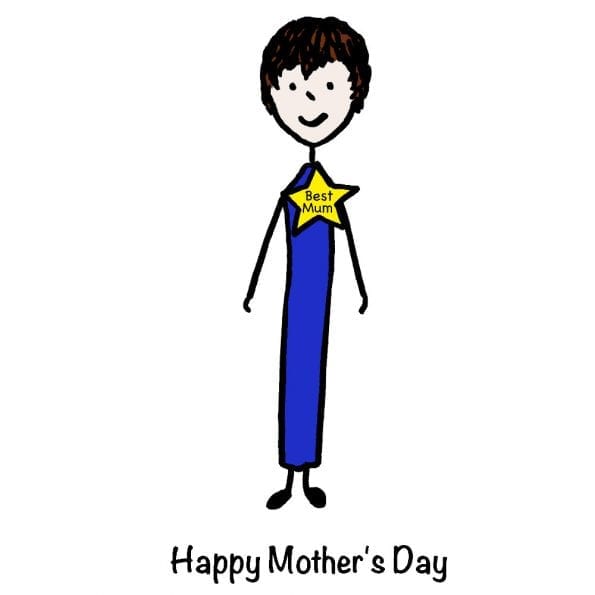 Since I first started doing the custom portraits of stick figure couples for Valentine’s Day, I’ve expanded my range of personalised drawings a bit, so I thought I’d showcase some of the stuff I’ve done. I’ve now done a range of different combinations, from single figures to couples and up to five people. I’ve been doing them both as cards and as prints to be framed. Take a look below.

This stick figure portrait on the right was for a Mother’s Day card I did for a friend of mine. The photo she gave me was taken on a special holiday they had gone on together so it meant a lot to both of them. 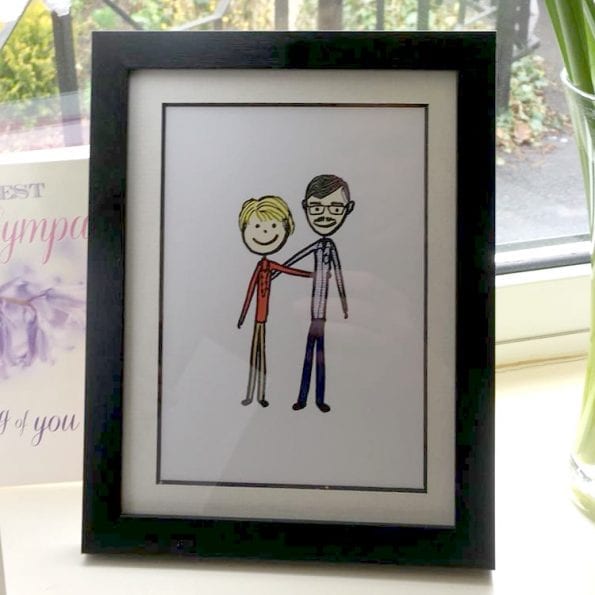 This next one is a portrait of the parents of someone very close to me, who ordered it to give as a gift to his mum after his dad passed away. It was quite an emotional exercise to do the drawing from the photos provided. He said his mum really liked it though and his brother also ended up having a print, so it was nice to be able to do something to preserve a memory for them. 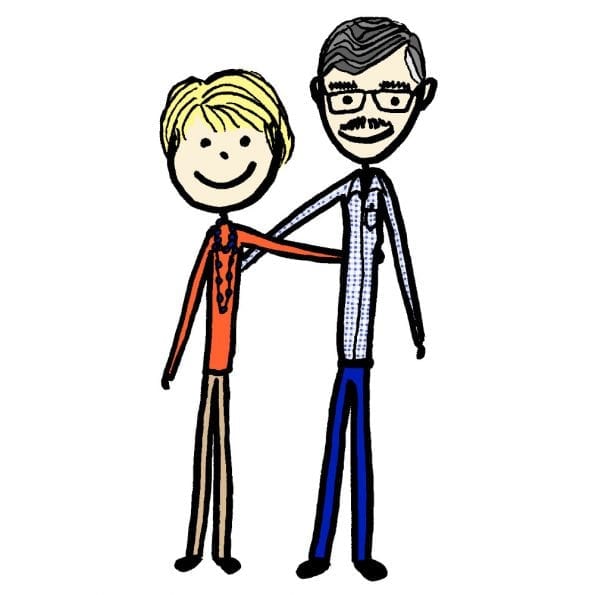 These custom portraits below were done for a rather fabulous customer who found me on Facebook. She asked me to do a portrait of her group of five friends to send to each of them on Valentine’s Day, which I thought was a lovely idea. 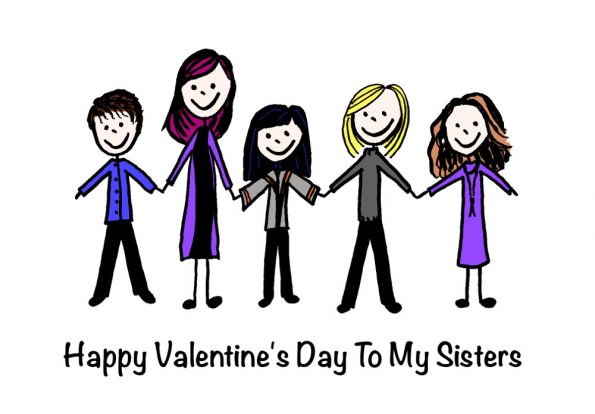 She then asked me to redo the design with them wearing t-shirts with chocolate rabbits on and she sent those to the same friends for Easter. I’ve also done another design for her since, but as she hasn’t given them out yet I don’t want to show it on here in the meantime! 🙂 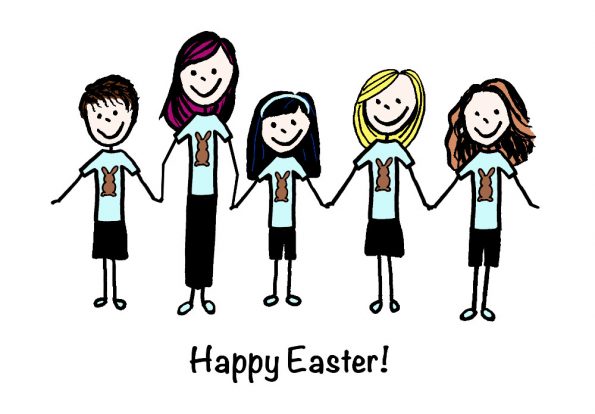 Order your own custom portraits

I really love doing these stick figure custom portraits and hope to keep adding to the range. If you’d like to order a card or print for someone you can either contact me directly or order through one of my Etsy listings. Click on the images below to take a look.

Comments are closed, but trackbacks and pingbacks are open. 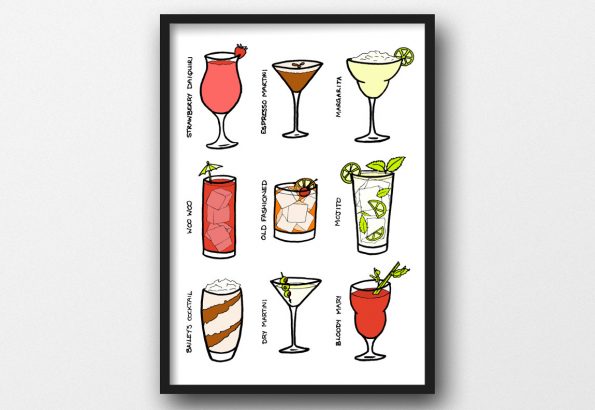