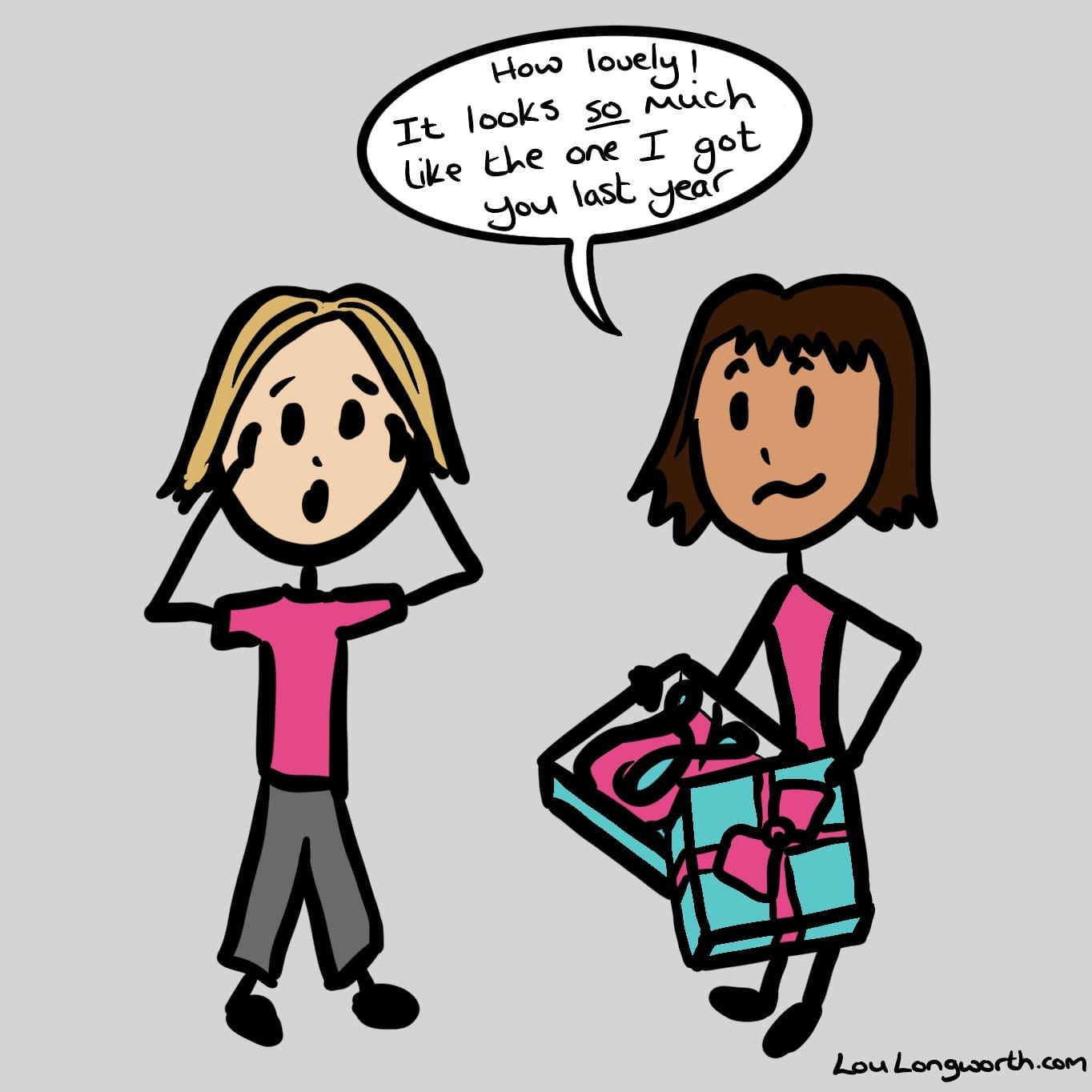 This is a bit of a touchy topic… Is regifting OK or does it make you a horrible person? I’m not completely against the idea, but if you’re going to do it, it needs to be done right or there could be tears!

In a situation where you get identical gifts from different people, I definitely think it’s ok to regift one of them to someone who would appreciate it. There’s really no point you having two of the same thing (unless it’s bottles of wine!) And as you still have one of them, both recipients can still see you appreciating the gift they chose for you.
I have occasionally regifted in other situations, but I must admit I do feel a bit guilty about it. It was kind of the person to give me a gift and it feels slightly ungrateful to regift it. But if it’s something I really don’t want or need, then is it really so bad to give it to someone else who would like to have it? And presumably that person doesn’t know you very well (or doesn’t care) if they got you something you don’t like…

Are some things more acceptable to regift than others? I definitely think so.

I personally think it’s OK to regift books, booze and bath and beauty products. There are certain smells I really can’t stomach in a bath product but that another friend might love, so it makes sense to give it to that friend. I also think things for the home, like candles or glassware, are usually fine.

Things that I believe shouldn’t be regifted are handmade or personalised gifts, heirlooms or sentimental items. But you might think differently and I won’t judge you! 😁

If you decide that it’s OK to regift, then here are some tips to help you avoid any embarrassment. They’re not really rules (you can obviously decide for yourself what’s OK and what’s not), just some guidelines to consider…

If regifting just doesn’t sit well with you, there are alternatives…

Think about this: how would you feel if you were in the other person’s position? Would you be hurt or offended if someone regifted a gift you gave them? Or if you were the recipient of a regifted item, would you mind? If not then it’s probably OK for you to do it. But otherwise you might need to decide whether the guilt is worth it 😆